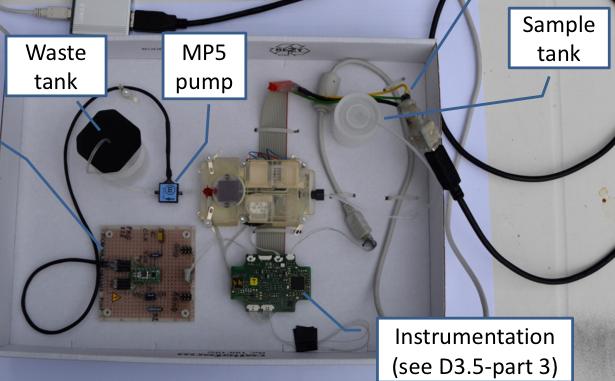 The main objective of this work package is the design, development and testing of the electro-chemical sensors aimed to detect (meth)amphetamines or clear indicators of the production process thereof. A capacitive system equipped with disposable electrodes will be used. These electrodes will be functionalized with molecularly imprinted polymers (MIPs) as recognition elements. There are several main tasks considered in this project.

The real innovations were:

The conclusion and lessons learnt for WP3: